Barred from the Debate: Restrictions on NGO Public Policy 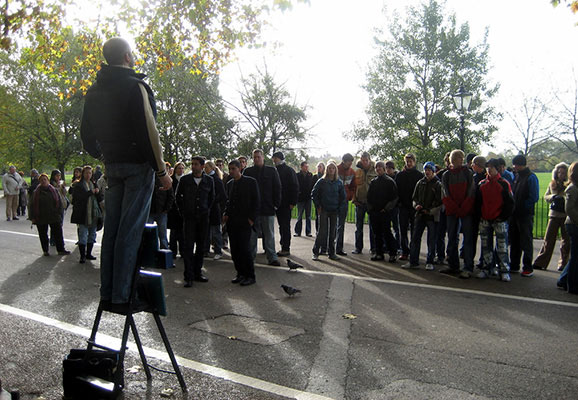 At the individual level, freedom of expression guarantees everyone’s right to speak and write openly without state interference, including the right to take a stance on government actions. But at a broader societal level, freedom of expression is also considered “a necessary pre condition to good government, and thus also for economic and social progress.” Freedom of expression enables open debate among political factions, allowing constituents to form opinions about their strengths and weaknesses and to vote accordingly. It allows individuals, acting alone or in concert, to raise concerns with the government, facilitating peaceful and effective resolution of problems. Free expression contributes to well‐considered policies and laws, as public debate informs the choice of solutions to policy issues, and ensures “buy‐in” from those who will be governed by the resulting policy or law.

NGOs can play an important role in advancing free expression by giving individuals vehicles to collectively voice their opinions and participate in public policy debates. For many NGOs, particularly those engaged in human rights and democracy promotion, the ability to speak freely, raise awareness and engage in advocacy is fundamental to fulfilling their missions. NGOs shape public policy by challenging government law or policy, and advocating for human rights and fundamental freedoms.

In this third issue of Global Trends in NGO Law we address how enacted or proposed legislation affecting public policy activities of NGOs threatens the freedom of expression by stifling civil society’s voice.