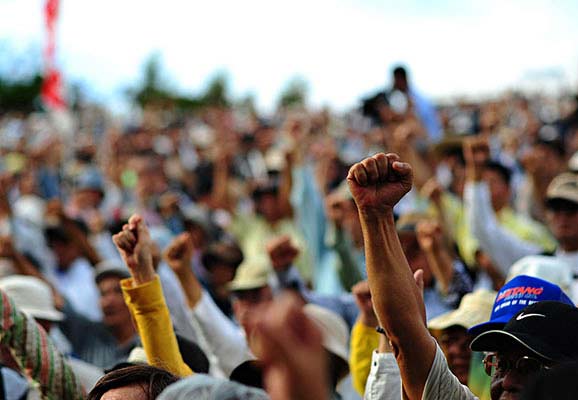 Recent weeks and months have witnessed the transformational power of public protest, demonstration and assembly. Most recently, in countries throughout the Middle East and North Africa, people have taken to the streets to demand change. And in Tunisia and Egypt, change has come. But in many other countries, both within and beyond the Middle East – from Azerbaijan to Syria, and from China to Venezuela –severe constraints on freedom of assembly continue to prevent citizens from coming together to collectively express, promote, pursue and defend their interests.

Problems relating to protest and assembly are, of course, not limited to authoritarian regimes. State regulation of assemblies and the policing of public protest is a controversial issue in many countries around the world. Governments including Canada and Denmark have come under heavy criticism by human rights groups for their response to street protests at recent intergovernmental meetings. The G20 meetings in Toronto, Canada, in 2010 witnessed what has been called the largest mass arrest in Canadian history, with hundreds of peaceful protestors arrested and detained for extended time periods; no charge s were brought against most of the detainees. And hundreds of demonstrators were arrested in clashes with riot police in Copenhagen, Denmark during the December 2009 climate change talks.

Unfortunately, however, the law is too often used to narrow the space for assembly.

In this issue of Global Trends in NGO Law we address laws that restrict the freedom of citizens and groups to exercise their right to assemble peacefully. We begin with a brief introduction to the international legal framework governing the freedom of assembly. We then examine several restrictive elements of laws that specifically govern public gatherings or meetings. Finally, we consider how legal provisions governing communications can have a chilling effect on free assembly.