The Arab Spring: An opportunity in Tunisia & Egypt? 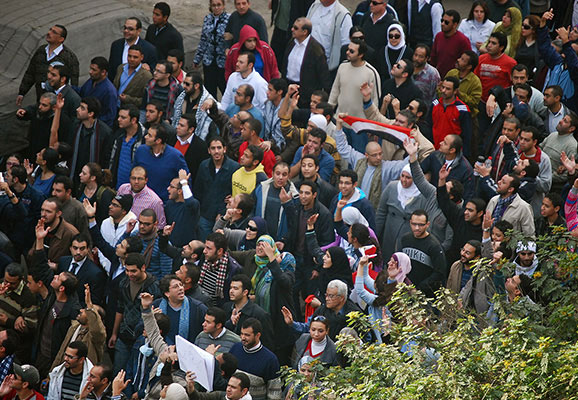 On December 17, 2010, Tunisians launched anti-government protests ultimately joined by tens of thousands of people. The protesters demonstrated against poor living conditions and restrictions on their fundamental rights, and demanded that President Zine el-Abidine Ben Ali step down. The protests continued until Ben Ali left office and fled Tunisia on January 14, 2011.

In Egypt, demonstrators inspired by the Tunisian Revolution began protests on January 25, 2011 demanding the resignation of President Hosni Mubarak. Cairo’s Tahrir Square became the protests’ epicenter, but millions of Egyptians across the country join ed the demonstrations. On February 11, 2011, Mubarak stepped down, and the Supreme Council of the Armed Forces assumed control of the government.

The revolutions in both countries may open important opportunities to revisit existing laws and current policies affecting NGOs and other civil society organizations. This issue of Global Trends takes an in-depth look at the laws affecting the rights to association and assembly, and particularly the ability of NGOs to form and operate, in Tunisia and Egypt. It focuses on those provisions of the existing laws that present obstacles to the free exercise of the rights to association and assembly. In both countries, new NGOs are forming, and foreign NGOs and donors are providing assistance, to meet the many needs that have arisen in the wake of the revolution. The pre-revolutionary laws governing association and assembly are still in place, however, and those seeking to carry out NGO activities will need to be aware of their provisions.